FREE SHIPPING ON ALL USA ORDERS OVER $50 Glutathione is one of the most powerful, naturally produced detoxifiers in your body.

It has been shown to help to support a healthy immune function as well as neutralize and fight against a broad spectrum of free radicals. As a master detoxifier and the body’s main endogenous antioxidant, glutathione can bind to many unwanted compounds and help remove them through the natural waste process. Because of this glutathione can protect our cells from damage caused by peroxides, pollutants, metals, and much more!

Product Details
Product ingredients
Why buy from us
Directions

Not only is glutathione a powerful free-radical fighter but it’s even shown to seek out and eliminate the damaging metals and toxins that build up in our bodies!

Some of the top benefits of Glutathione:

No other nutrient is known to work harder for your body than Glutathione. It is a naturally produced molecule that is incredibly important when it comes to detoxing harmful elements such as heavy metals like mercury, aluminum, and cadmium. It is also known to play an important role in eliminating other toxins such as those found in plastics, such as BPA (a common chemical found in food containers) as well as chemicals absorbed through the skin while using common beauty and body products.

Glutathione quickly becomes depleted when your body is under stress or a heavy amount of toxic burden, meaning for many supplementation can become essential to staying healthy.

What glutathione is known best for though is being the most powerful free radical fighter your body has. A free radical is a type of atom or molecule that is produced as a byproduct of the normal changes that occur in cells. The natural aging process, or outside environmental elements are some of the changes that can cause free radicals to form. They are responsible for damaging indispensable molecules your body needs to be healthy like enzymes, proteins, hormones, and healthy tissue. Free radicals are the cause of most degenerative diseases and unhealthy inflammation reactions.

So you want to start taking a Glutathione supplement…. What one should you chose? Well, unfortunately, most glutathione supplements on the market simply do not work! Almost all the glutathione you will find available today has degraded and oxidized long before it even makes it to your door, much less through your harmful stomach acids and into your bloodstream.

This is why the main choice for supplementing glutathione for years has been through an IV treatment. That’s right… a needle stuck in your arm once a week because researchers found that when taken orally next to nothing was making it into your bloodstream.

After years of research and clinical studies, scientists were able to solve this problem by encapsulating the nutrient in liposomal form. They started using little fat soluble bubbles called liposomes to encapsulate the vitamin molecules and found that it protected it not only from harsh stomach acids but it actually becomes easily absorbed. Recent studies have shown that 2 weeks of supplementation with our liposomal glutathione increased the rate of glutathione in the body by up to 40%!! (8)

Read more here on how the all-natural liposomal technology works

Who does Liposomal Glutathione Work best for?

These statements have not been evaluated by the Food and Drug Administration. This product is not intended to diagnose, treat, cure, or prevent any disease. Our Processes. We have the highest standards for quality in the industry and take pride in providing you with the best ingredients available. All of our products undergo rigorous testing to ensure that you get optimal results, including:

We have found the best way to take Manna comes down to one important factor: Your personal preference.

We worked for years with an expert team of nutritionists and scientists to come up with the most powerful liposomal formulations on the market and while we feel they taste great, our top priority has always been to provide a healthy and effective vitamin, free of added sugars and artificial flavoring. That may mean taking Manna straight is preferred by some and not by others. Many customers love taking Manna right from the bottle, no water needed! But we also have found that others who would enjoy a sweeter taste or less strong flavor like to mix their daily dose of Manna with a glass of water or juice. It’s also great in smoothies!

Thank you for submitting a review!

Your input is very much appreciated. Share it with your friends so they can enjoy it too!

I love it I’m not sure what all it’s doing, but I feel healthy and I enjoy the taste and I’ve had no GERD symptoms which is inflammation in and around my esophagus.

We're so excited you're giving us a try and seeing positive results already! We recommend daily use for best results, consistency is key. Try to limit inflammatory foods, especially sugar. Let us know if you have any questions! Keep us updated on your progress

We are very happy to know you are experiencing results. We recommend daily doses, consistency is key! 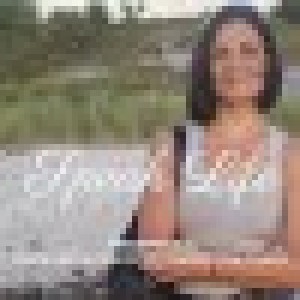 United States
Good but expensive .. Worth it

Okay ..havent seen results yet. A little expensive. Wish I could afford it monthly with the vitamin C.

Hi Sharon, Thank you so much for incorporating Manna Vitamins into your daily health regimen! We're happy to hear that you are enjoying your supplements; the glutathione's main benefit is immune boost and prevention, so it should be really helpful with flu season approaching. We are hoping you are feeling the boost of energy that it can offer, and that you are moving through your day with more ease and comfort. Let us know if you have any other questions!

I love the Manna Glutathione! I was so excited to find it. I’ve been diagnosed with a liver condition so am hoping it will be helpful. It’s so good for you! It tastes great too!

Thanks for the feedback Elizabeth! We are glad you liked the taste and hope you see the benefits in your liver, Liposomal Glutathione is wonderful for that.

I wanted to start taking glutathione but the few brands that I found didn't seem very high quality and tasted really weird. This one is great, I've been taking it straight because it kinda tastes like sour candy to me. I have felt more energy and I think it's really helping.

Thanks for your feedback, Amanda! We're so happy you're enjoying your Manna liposomal glutathione :) Remember, you can enroll in a subscription so that you never miss a day. Plus, we're able to pass some savings along to you! Let us know if there's anything else we can help you with.

Nothing short of amazing! I work with a doctor who recommended that I start glutathione, this is his brand choice. I have to say that I am feel a difference. I have more energy and less brain fog, and that’s after a week.

I have tried capsule form but it just wasn't the same potency for assisting my immune system during the dreaded flu and other virus season. I definitely feel, combined with Liposomal Vitamin C and Curcumin, Glutathione gives an extra healthy edge in assisting our cells in doing their optimal jobs in keeping us healthy.

Best brand, China free. Setria. It's the only kind I'll buy. I like liquid version even better, faster delivery into system.